Home/Energy management, Interesting Reads/Why energy efficiency projects do NOT have to be immediately profitable to be accepted
Previous Next 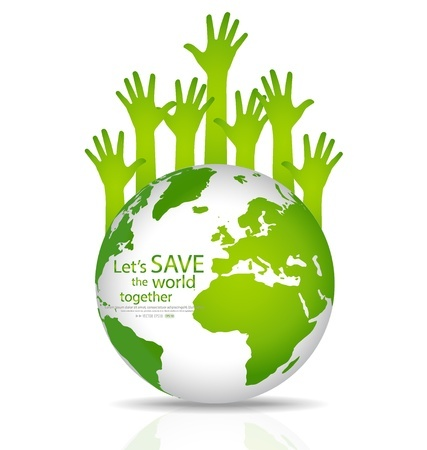 When my Dad was diagnosed with lung cancer he quit smoking at once. He meant to do this for years, but just “could not”. When he could not breath anymore, all other “could-nots” became irrelevant.

As a planet we are now still smoking through billions of stacks and exhaust pipes. We “can’t afford” to stop. In fact we can. We just do not want to to pay for it. Everybody taking debt knows that the amount will have to be paid back, the later – the more. My Dad has paid his smoking debt.

The common way to evaluate energy efficiency product or service nowadays is to calculate its payback. This is because “CFO wants to see payback under one (two) years”. Not even IRR to reach a hurdle rate, commonly CFOs expect energy efficiency projects to be immediately profitable (profitable within the same financial year).

I think the key problem with American way of thinking is that all business decisions are based on payback criteria (NPV, IRR). The shortest wins. Europeans have a longer term thinking.

When Germans started with commercial scale solar and wind, there was no way to make these technologies profitable without direct state subsidies. But the state had a longer perspective: since 2006 share of Russian natural gas has decreased in German energy mix from 36% to 29%.

Germans have understood back then that energy is not about profit, energy is about national security, national independence. It took Americans another 5 years to arrive to the same conclusion and start talking about energy independence.

Now the same is happening in regards to global warming: Europeans fight CO2 emissions, while Americans are still looking for short-term profits in energy efficiency projects. California burns every year, Louisiana floats every year – never mind, “what’s the payback to turn off the light?” is a dominant way of thinking. NIMBY should be applied to lights on, inefficient appliances, idling trucks, hot smokes going through stacks, rivers steamed to produce oil.

Energy efficiency projects do not have to have the best payback to be accepted. Energy management is not a trend or a luxury fashion. My Dad lost his battle with cancer, probably because he quit smoking too late. We do not have to make the same mistake when it comes to energy. We all will benefit from energy efficiency by simply surviving as a city, as a state, as a planet.

GreenQ Partners has performed a thorough analysis to arrive with sound recommendations. Achieved savings are clearly visible and we are confident about further changes. These guys were easy to work with.

GreenQ worked diligently to understand our business needs while balancing the technical limitations of a PV installation on one of our buildings. Their financial analysis brought valuable business knowledge to our company.

The energy use analysis was powerful and allowed us to discover and ultimately address the reason behind the unexplained rise in natural gas consumption that we were seeing.

Anatoli has been a tremendous help with our work in the development of energy efficiency activities in the CIS region. I am sure that he will become a great asset to the Energy Efficiency community in the coming years.

Anatoli has assisted us with an in-depth market analysis, preparation of presentation for major customers and other strategic business development projects. I would definitely recommend his services to prospective customers.

GreenQ Partners enabled us to make a strategic decision regarding solar farm development on our lands. They lead a project in which Hatch was a subcontractor.

We needed to quickly set up and evaluate a $20mln tender on construction of a solar system on one of our buildings. GreenQ Partners organised the whole project and met public procurement guidelines.